If you have a story or career update you want to share with our AAJA family, let us know at hawaii@aaja.org!

The board met virtually on May 12 and discussed its April 22 event on how local media reported in the year of the pandemic. We had a really good turnout, with lots of good questions from the audience.

We also discussed two potential future events: one on covering AAPI communities in Hawai‘i, and another on newsroom diversity. The goal is for the first event to be done in collaboration with AAJA’s Pacific Islander Task Force. Potential topics it could address include: terminology to use (kia‘i vs protestor vs protector), ways that local media gets coverage of these communities wrong/right, how to ID and address our blind spots as individual reporters, best practices for engaging with these communities, how to not be so extractive in our reporting, etc.

AAJA Hawai‘i’s board is also exploring a potential partnership with Ka Leo, UH Mānoa’s student newspaper. The partnership would consist of providing feedback on student journalists’ stories on a regular or semi-regular basis.

Congratulations to the following members:

Board treasurer Jason Ubay will be part of this year’s AAJA Executive Leadership Program.

Member Cassie Ordonio will be interning at Honolulu Civil Beat this summer.

Board member Yoohyun Jung started a new job at the San Francisco Chronicle.

“How to Resolve Community Conflicts”

Hawaii Business Magazine’s Noelle Fujii-Oride looks at lessons learned from the recent community opposition to the Nā Pua Makani wind farm project in Kahuku, the Sherwood Forest park improvement project in Waimānalo and the Kawainui Street Apartments project in Kailua. “Each example of pushback involved different dynamics, populations and sources of conflict, but they all suggest that more meaningful community engagement – and the earlier the better – can potentially help future renewable energy, park improvement and affordable housing projects move forward in a way that is collaborative and respectful of community voices.”

“University of Hawai‘i graduate assistants sue for right to unionize”

The Honolulu Star-Advertiser’s Cassie Ordonio reports on a lawsuit filed by Academic Labor United and three graduate assistants against the Board of Regents, the Hawai‘i Labor Relations Board and the state of Hawai‘i. “The Hawai‘i Constitution gives public employees the right to organize and bargain collectively. But the Hawai‘i Labor Relations Board determined in 1972 that graduate assistants are not public employees, and so they cannot join the faculty or staff unions at the university.”

Civil Beat’s Suevon Lee reports on the Harold K. L. Castle Foundation’s efforts to assist three local tutoring partnerships. “The local partnership could serve as a template for other schools as educators seek to provide tutoring options to all students, not just those whose families can afford to pay for the services. The Hawai‘i Department of Education also has contracted with several tutoring firms to offer one-on-one or small group sessions in public schools.”

The San Francisco Chronicle’s Yoohyun Jung reports on water use in California. “For most people, they only really have control over the water they use in their urban environment. The 2016 data showed that among urban uses, single-family residential interior use, which includes water for hygiene, cooking, drinking and laundry, was the highest in each of the Bay Area’s nine counties. In San Francisco county, nearly half of urban water uses were for inside the household.”

Honolulu Star-Advertiser’s Ashley Mizuo reports on former Congresswoman Colleen Hanabusa’s appointment to the Honolulu Authority for Rapid Transportation’s board. “Her decision comes after the Honolulu Authority for Rapid Transportation was criticized for hiring her at a time when other consultants and staffers were being cut, the project has a $3.5 billion shortfall, is more than a dec­ade behind schedule and might not reach its final destination of Ala Moana Center.”

Hawaii Public Radio’s Casey Harlow reports on the jobs gained and lossed in Hawai‘i’s private sector between June and September of 2020. “According to the bureau, more than 29,000 positions were added during that time. But at the same time, 51,000 jobs were lost, for a net loss of nearly 22,000 positions. That loss was caused by a continued decline in the leisure and hospitality industry, as well as in retail and trade, the BLS said.”

Honolulu Civil Beat’s Anita Hofschneider writes about President Joe Biden’s expanded federal child tax credit, which could help 278,000 children in the islands. “In Hawai‘i, the expansion allows 92,000 more children who weren’t eligible for the previous version of the tax credit to receive it. The federal funding could infuse an estimated $150 million into Hawaii’s economy and reduce child poverty.”

Updates and Announcements from AAJA National, Chapters and Affinity Groups

The Facebook Journalism Project Scholarship is accepting applications until May 29, 2021. This scholarship provides financial assistance to students who aspire to pursue a career in journalism and media. Five awardees will receive $10,000 each to use toward their college tuition.

AAJA National issued a statement on May 7 to advise media organizations to heed South Asian Journalists Association’s guidance regarding reporting on the new COVID-19 variant from India. Read the statement here.

AAJA National is looking for volunteers to join its Media Watch group and help revamp its style guidefor covering AAPI issues. To express your interest in joining Media Watch or shaping the new AAPI style guide, please fill out this form. The current style guide is available here.

AAJA’s Pacific Islander Task Force is hosting a virtual event on May 28. A panel of Pacific Islander journalists and storytellers working throughout Oceania will discuss reporting in the Pacific, their individual career journeys, and advice to aspiring AAPI journalists who want to cover Oceania. Register here.

The New England chapter is hosting a virtual event, “Out of the Shadows: AAPI Mental Health in an Era of Violence,” on May 25 at 7 p.m. EST (1 p.m. Hawai‘i time). It’ll feature Dr. Josephine Kim of Harvard Graduate School. Register here.

Know of any Pacific Islander journalists who might be able to speak to AAJA’s impact in their career/the industry? AAJA will be doing oral interviews with these folks as part of the organization’s 40th year Oral History Project. The 40th Anniversary Committee is brainstorming potential interviewees and has a listhere.

AAJA Philadelphia held a virtual panel on May 5 to discuss how journalists might cover race/gender-motivated attacks in ways that encourage meaningful solutions rather than merely repeating police talking points or exacerbating public fear. Watch the recording here.

The National Association of Black Journalists held a May 5 webinar on “Reporting on Equity, Justice and Race in the 21st Century.” Watch the recording here.

The National Association of Hispanic Journalists released their Cultural Competence Handbook in March 2021. The manual is meant to help journalists, students and academics communicate with and about diverse collectives, recognizing the differences or variety in people’s identities or experiences, and develop a working vocabulary related to diversity issues. View the handbook here. 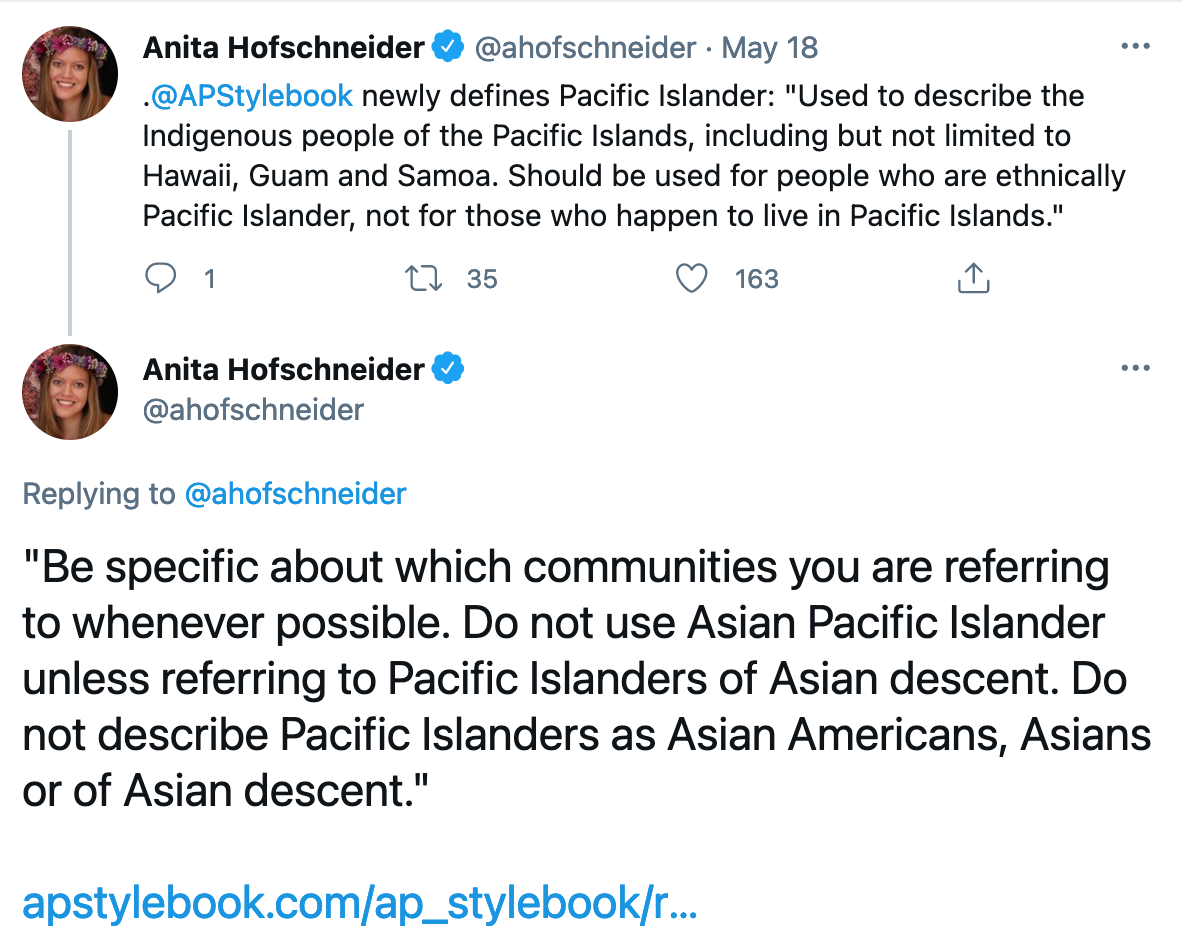 Share any questions, comments or concerns with us at: https://forms.gle/H5SsssLurwhneTgW8